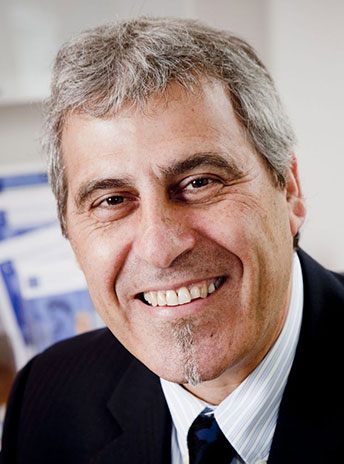 Ofer Levy studied medicine at the Hebrew University and Hadassah School of Medicine, Jerusalem, from 1976 - 1982. After completion of his military service he continued his general surgical training at Kaplan Medical Centre in Rehovot, Israel. He then moved to Sheba Medical Centre, Tel Hashomer, for his higher surgical orthopaedic training programme.

In 1992 he was appointed instructor of Orthopaedic Surgery at The Sackler School of Medicine, Tel Aviv University, where his work included significant research into both clinical and basic sciences.

In 1995 he was appointed Consultant Orthopaedic Surgeon and Chief of the Shoulder Surgery Service at Soroka Medical Centre in Beer Sheva, Israel, whilst at the same time being appointed lecturer in Orthopaedic Surgery at the Faculty of Health Science at the Ben-Gurion University of the Negev, Beer Sheva.

Since 2020 Professor of Orthopaedics, The Faculty of Health Sciences, Ben-Gurion University of the Negev, Beer Sheva,  Israel.

He has published extensively scientific papers and presentations and chapters to books on Shoulder Surgery. Developed and introduced numerous arthroscopic and open novel surgical techniques, including resurfacing shoulder replacement and designed the Verso, stemless reverse total shoulder replacement. Invented and was involved in development of numerous new surgical instruments and devices.

He is invited to lecture worldwide.